All pictures can be enlarged by clicking on them.

It's time for another challenge from the "2 daughters, 1 mother, 3 cameras" blog.
This week's theme is Architecture. Read their definition here.

At first I thought I'd have to skip this one, but when I went through my picture archive I found a lot that might fit the description. I had a hard time choosing, so I'm posting, probably far too many :-)
First out is the top part of a temple in Thailand. 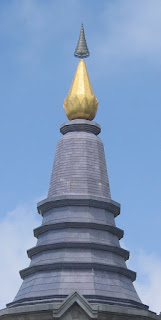 A beautifully decorated house in a small Swiss alpine village. 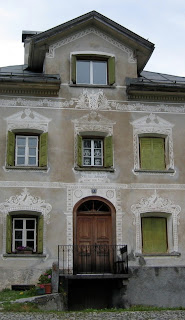 A small part of the unfinished Cathedral Sagrada Família in Barcelona, Spain. 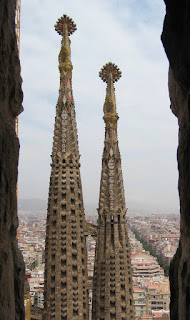 A derelict housing block, that still houses hundreds if not thousands of people,
in Sao Paulo, Brazil. 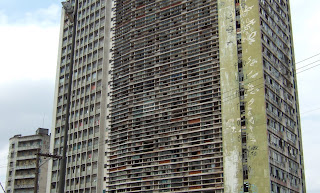 From Itacaré, a small fishing village in Bahia, Brazil. 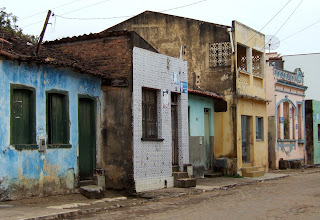 One of the cable cars that take you up to Sugar Loaf Mountain
in Rio de Janeiro, Brazil. 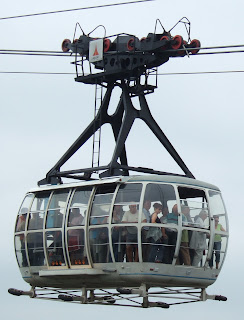 The ruined remains of a fortified monastery off the coast of southern France
(on the Lerrin Island, Cannes). 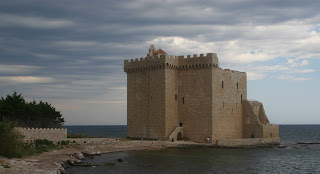 I had to add the next three, as they are classic examples of architecture.
The leaning tower of Pisa, Italy.

One of the Giza pyramids, Egypt. 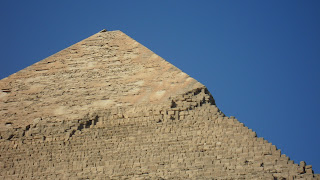 Detail from an ancient temple, also on the Giza platau. 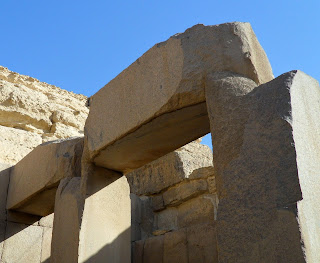 And not so classical, a "leaning", or perhaps more of the wobbly kind,
a life guards' stand on the city beach of Alexandria, Egypt. 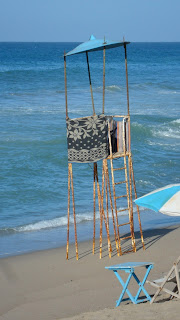 Funchal Airport, on Madeira Island (located way out in the Atlantic ocean, belonging to Portugal), where the highway goes in under the runway, and what you see above the road is actually the beginning/end of the runway. The runway was rebuilt in 2000, building it out over the ocean. Instead of using landfill, the extension was built on a series of 180 columns, each being about 70m tall. For the enlargement of the new runway the Funchal Airport has won the Outstanding Structures Award, considered to be the "Oscar" for engineering structures worldwide. The History Channel program Most Extreme Airports, ranks it as the 9th most dangerous airport in the world. (Wikipedia)  And yes, I have landed there!
Well, maybe more engineering than architecture here. 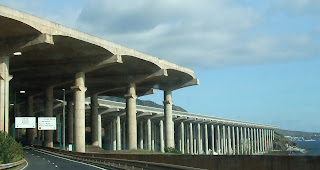 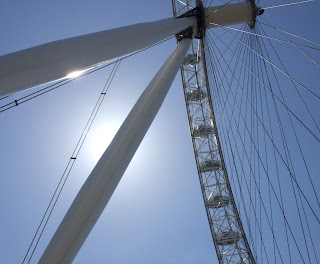 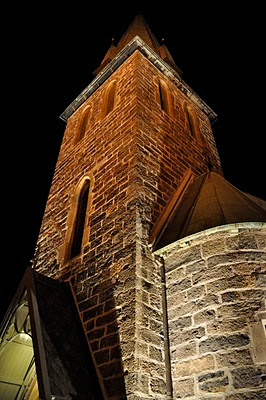 And finally an example of local building traditions, where the plenitude of available materials, i.e. rocks, was utilized along with wood. The rock was typically used for the walls that faced the direction where the most harsh weather conditions would hit. 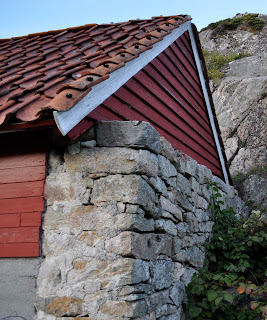 I love all of your photos. Thank goodness for your archives, and for sharing great shots from around the world.

From the temple in Thailand, to the derelict apartment block in Brazil they all represent architecture..

The are examples of the good, the bad, and the ugly

Wow! I wish I were so widely travelled. These photo's are incredible - and SO diverse! Amazing architecture. Thanks for sharing your talents and playing along with us.

You certainly have travelled, these photos are fantastic!!

Thank you ladies, for your kind comments! My husband and I love to travel, and have taken every opportunity we have had to do so. At the moment we are stuck at home as he is recovering from cancer treatment (stem cell transplant. My other blog is all about that), but we hope to start again when he is fully recovered. It may take up to 1 year though. Meanwhile, I have about 13 000 photographs to choose from, and I keep taking more locally :-)

These are my kind followers. Check out their blogs too! 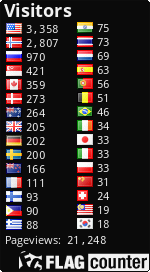